Except Brown Furniture – nobody seems to want that back quite yet or regret getting rid of it.

But get a group of people together, turn the topic to styles of furniture, wait long enough and invariably, the conversation turns to if-only’s:

“Oh, my parents had a pair of those and if they’d only kept them!”

“You know, we had an original this or an authentic that. But my parents got rid of it. I bet it’s worth a fortune now.”

No, it probably isn’t, our parents knew what they were doing. It’s not valuable until someone creates a reason, i.e. a market for it to be. Which is what happens; and then everything old is new again. Or rather, “reinvented.”

If our parents had kept it all, they’d be ridiculed, by us children probably, for never getting rid of them. Diagnosis hoarder.

Looking back, I’ve seen this trend in furniture happen over and over. It’s not a particularly bad thing, but as someone who prefers to create, forge ahead and innovate, the styles from the past should be left there as inspiration and gentle influence.

Let’s have a look, shall we? 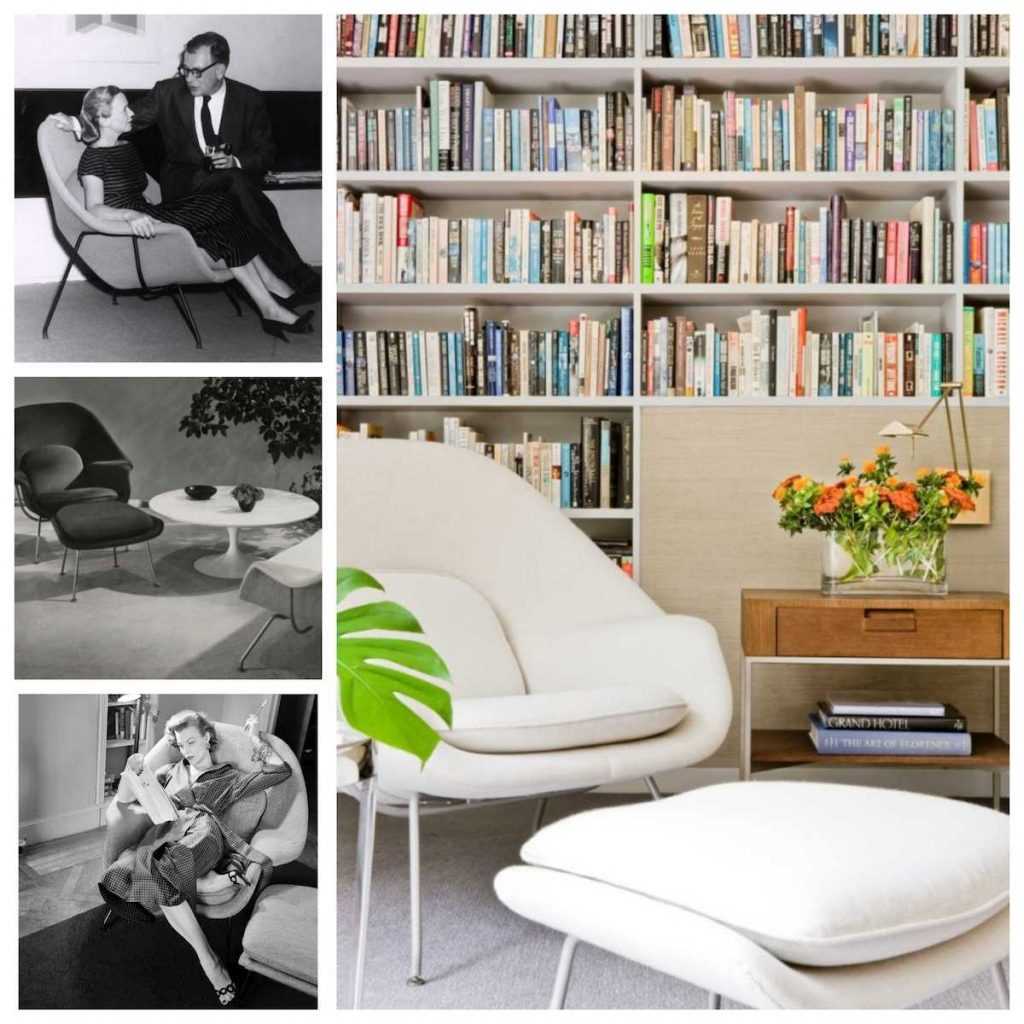 It’s as if no one threw these out. The early 2000’s brought in resurgence of Modernist furniture and a deluge of copycats. It turns out, reupholstering them is a real pain in the ass and there’s maybe a handful of people who can do it right.

Nostalgia, on the other hand particularly with fashion, is a different thing. Throw a 70’s party and watch those clogs, headscarfs and peasant blouses come out of the woodwork. Or bring out the shimmer. Not everyone threw them away but not everyone wants them back for a while. In this case, we’re seeing them in fabrics and carpeting alike. 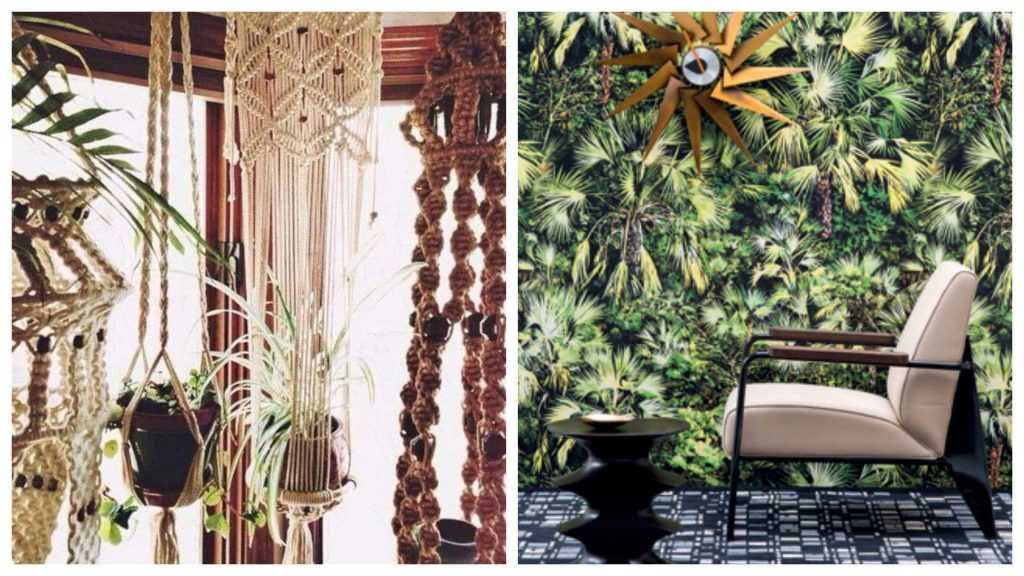 They were all thrown out, sorry. And so were their macrame slings. But if you’re missing the lush brush with nature, try this wallpaper (right) from Pierre Frey. The good news is wallpaper is back gangbusters thanks to advances in manufacturing technology and whatever god-awful glue they used to use that made removing it impossible. 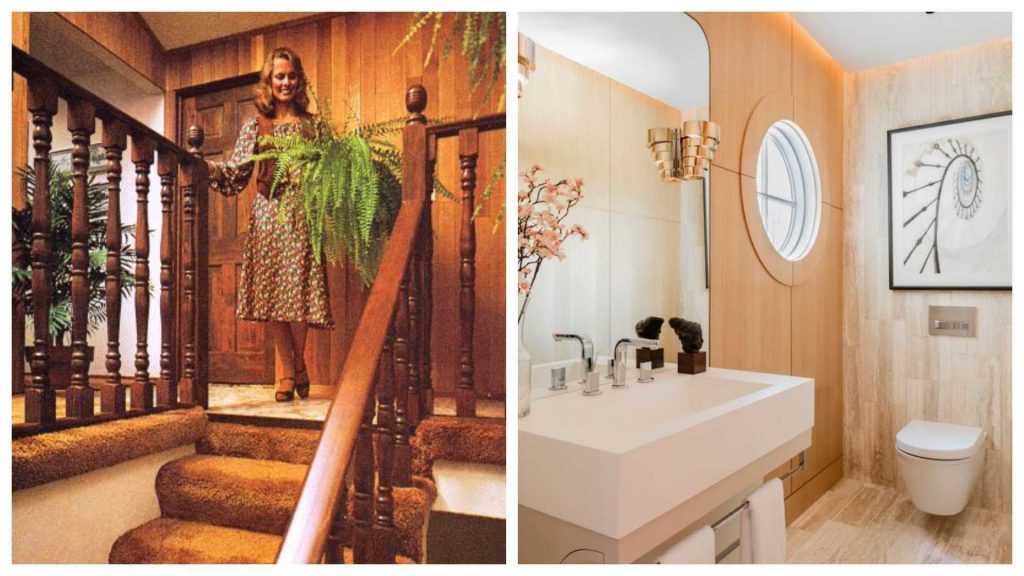 Cladding not just the basement walls of America, this clever technique to getting out of painting took the 60’s and 70’s by storm. But there’s a better way to panel, people (yes, on the right) which can evoke a warm serenity instead of a hot brown mess. 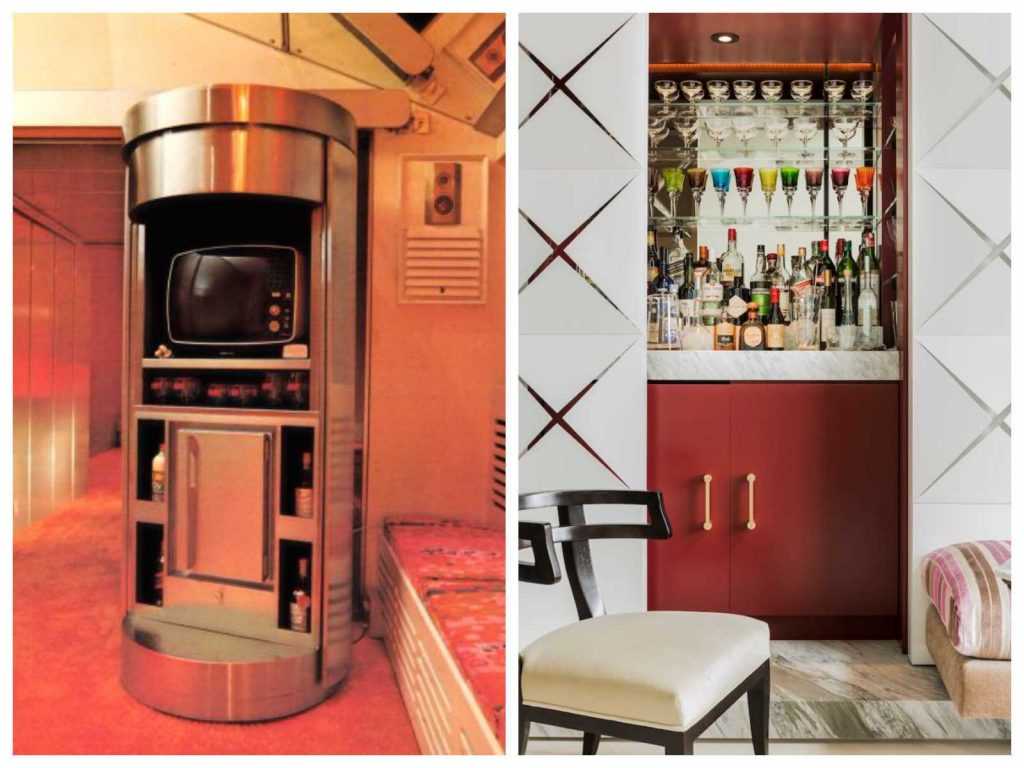 I’d say keeping things out of site never went out of style. This goes for TV’s, liquor bottles and the occasional appliance. I have to say the retro version is quite clever and futuristic.

Regret Tossing it Out

Here’s the way we look at it: We design and belabor over fine furnishings so well that you wouldn’t think to toss it to the curb or regret doing so.

What are we dumping today that will be the treasures of tomorrow? None of our contemporary heirlooms I hope.